"A café owner in Australia has sparked fierce debate after declaring her establishment is not tolerant of children who misbehave.

Jodie Morris, owner of The Little French Café in Broadmeadow, near Sydney, New South Wales, caused a stir among parents when she posted a message onto her business’ Facebook page, stating that if parents are looking for an area for their children to “run rampant and annoy other customers,” then her café is “not child friendly”.

“However, if you would like to bring your children here, and they are happy to sit at a table with you, whilst you enjoy a coffee, and are well behaved, then please come in,” she wrote.

The post, which has since been removed, was attacked by many as “arrogant” and an “attack on parents,” with one parent stating the café had “just alienated a lot of people”.

Owner Jodie Morris says business is better than it's ever been

But many showed support for Ms Morris, who is a mother herself, claiming there is “nothing ruder” than a parent who allows their child to misbehave in public, while others claimed the café would “probably get more custom” from its public stance on unruly children.

“Everyone’s said oh you’re going to lost so much business but we’re the busiest we’ve ever been,” Ms Morris told the Daily Mail Australia.

The original Facebook post was in response to a one star review the café had been given by a woman, who had asked if it was child friendly.

Ms Morris has since taken her Facebook post down, claiming that it was taken “completely the wrong way”, but has posted a follow up to clarify her position.

“I have been subjected to children emptying salt and pepper shakers into my fireplaces, parents changing nappies on my loungers, kids grinding their own food into my carpet, parents sitting babies in nappies in the middle of dining tables, kids running around the café like it’s a Formula 1 track, jumping on the furniture, screaming – just for fun – not pain, and encouraged by their parents, upsetting the rest of the customers and I’d really just had enough,” she wrote.

Ms Morris added that she is a single parent and that she “scrimped” every penny to put into her café, which she is “very proud of”.

“When I have to stand there and watch people disrespect and damage my belongings and property, it breaks a piece of my heart every time,” she said.

“Some will agree with my stance, some will not, but it’s my stance for my business.”" 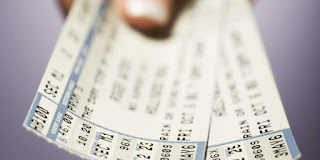 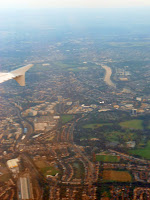